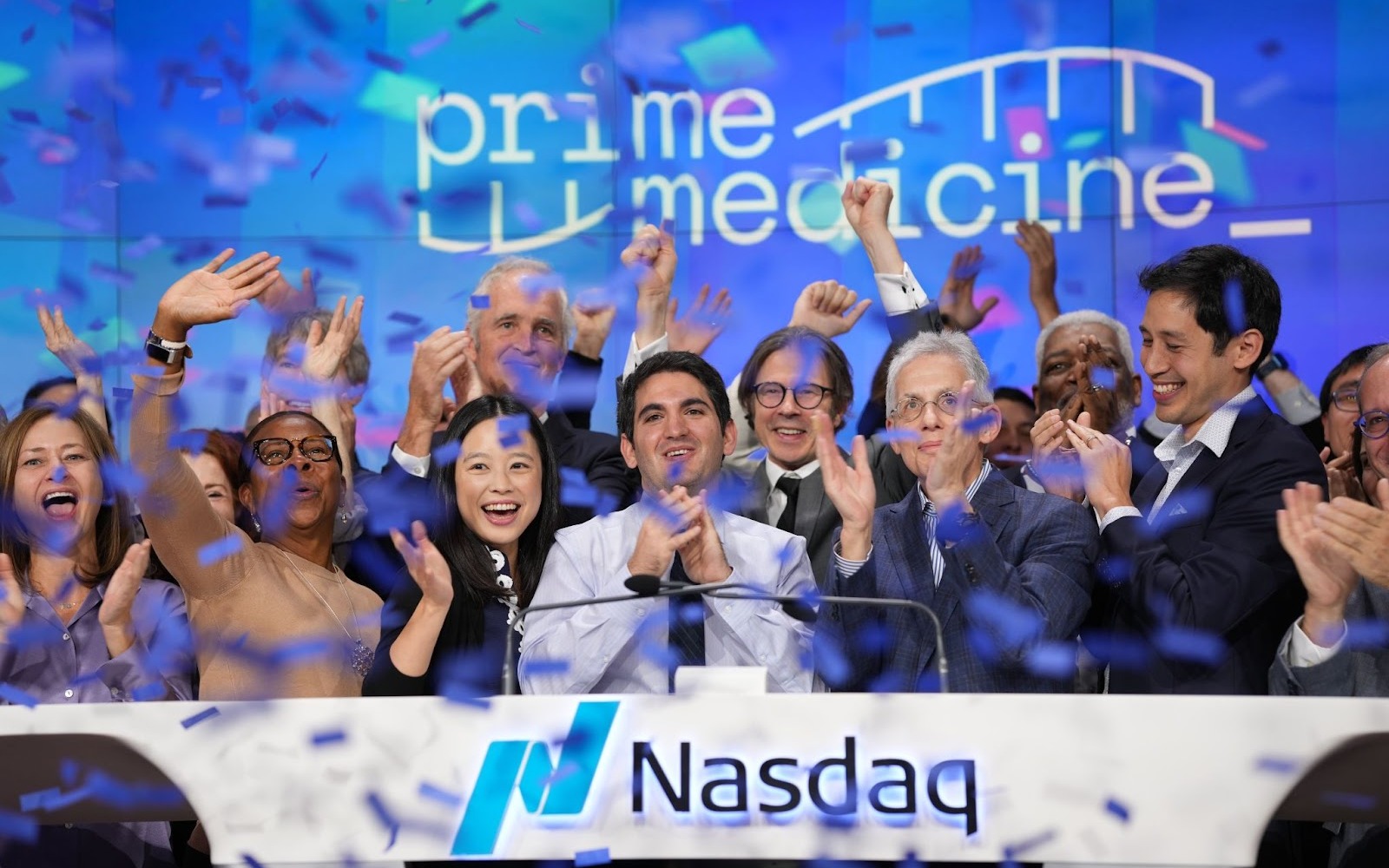 After the U.S. Congress funded the Human Genome Project in 1988, it took 13 years to sequence the genome. CRISPR, the first gene editing technology, emerged nine years later. The pace of technological progress and innovation in gene editing in less than a decade is astonishing: multiple companies have emerged, built on the promise of developing new gene editing tools and techniques that can fundamentally alter how we treat and cure disease.

I’ve always gravitated toward this promise. My entire career has been guided by a genuine mission to impact patients and families in need — first as a medical oncologist and hematologist for over 30 years, as the CEO of Agios Pharmaceuticals, and in my role as the co-lead of GV’s life sciences team since 2019. And a few years ago, I was introduced to a concept that nearly took my breath away with its transformative potential: Prime Editing.

The co-founder of Prime Medicine, David Liu of the Broad Institute and Harvard University, introduced the pioneering concept of Prime Editing, a next-generation gene editing technology. Instead of cutting DNA, Prime Editing can “search and replace” to find the precise location in the genome to edit and replace DNA mutations with a correct copy of DNA. This is done without the risk of double-strand DNA breaks that can cause unanticipated cellular changes. This technique offers greater precision and flexibility to restore normal gene function beyond traditional gene editing platforms. Our life sciences team has worked with David on several companies, and we collectively saw the promise of Prime’s idea and approach.

An Overview of Prime Editing 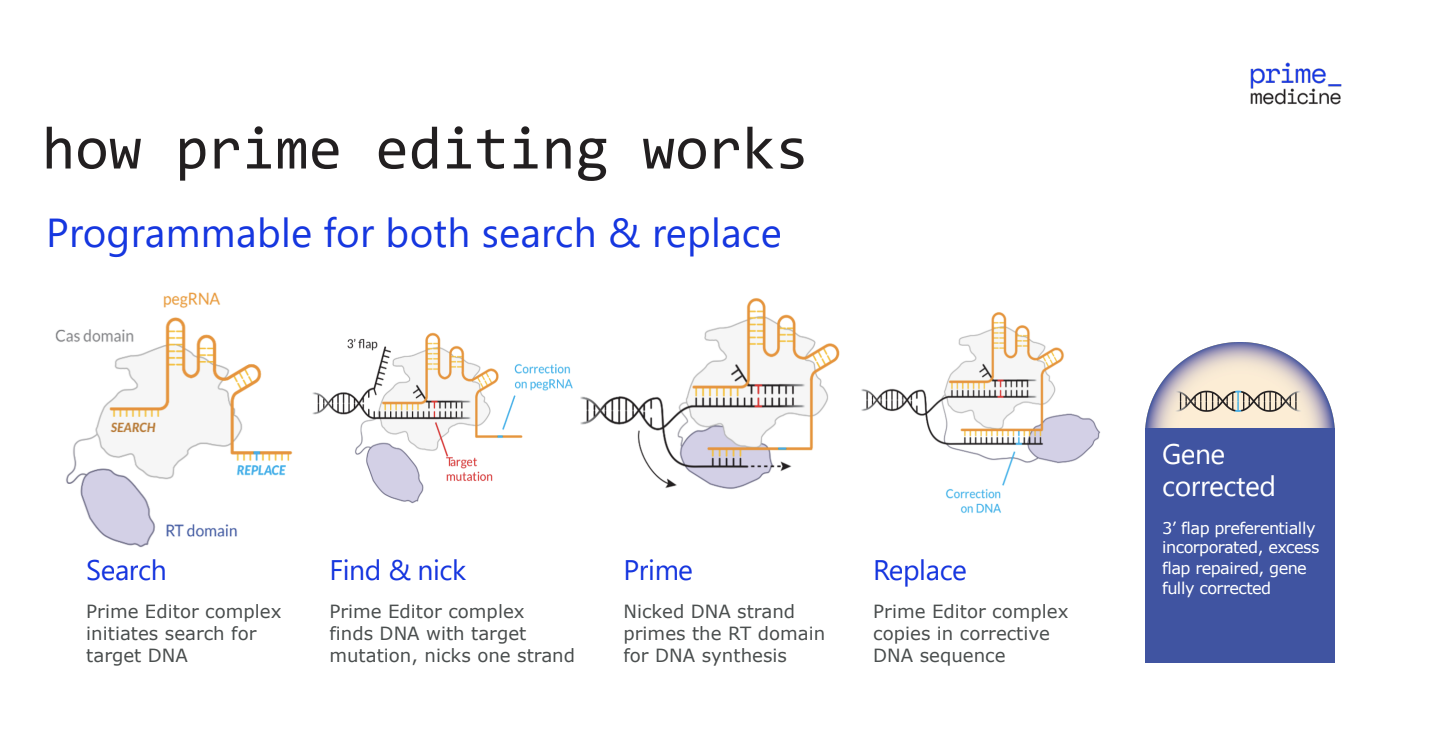 When the company formed, GV recognized the potential and jumped in to help wherever possible. Our operations team deployed design help and talent network savvy to help Prime grow. I was honored to lead the search for Prime’s remarkable (and remarkably humble) CEO, Keith Gottesdiener. He's a Merck and Rhythm Pharmaceuticals veteran I've known for years. As a physician-scientist, Keith has spent 25 years developing medicines and has run a public company — that’s a rare combination. He under-promises and over-delivers, refreshing in a world that sometimes sees the opposite.

Prime’s team, many of whom our life sciences team has known for decades, represents the best collection of drug development leaders, scientific innovators, and company-building experts. The leadership team has deep roots in genomics and therapeutics, plus extensive experience in regulation, manufacturing, and bringing new products from an idea to the patients who need them. The platform group is led by Co-Founder Andrew Anzalone, a physician-scientist who was the lead author of the 2019 Nature research paper on Prime Editing. CTO Ann Lee has years of experience in manufacturing and regulatory issues at Genentech/Roche, Bristol Myers, Celgene, and more. The entire team is one we greatly admire. 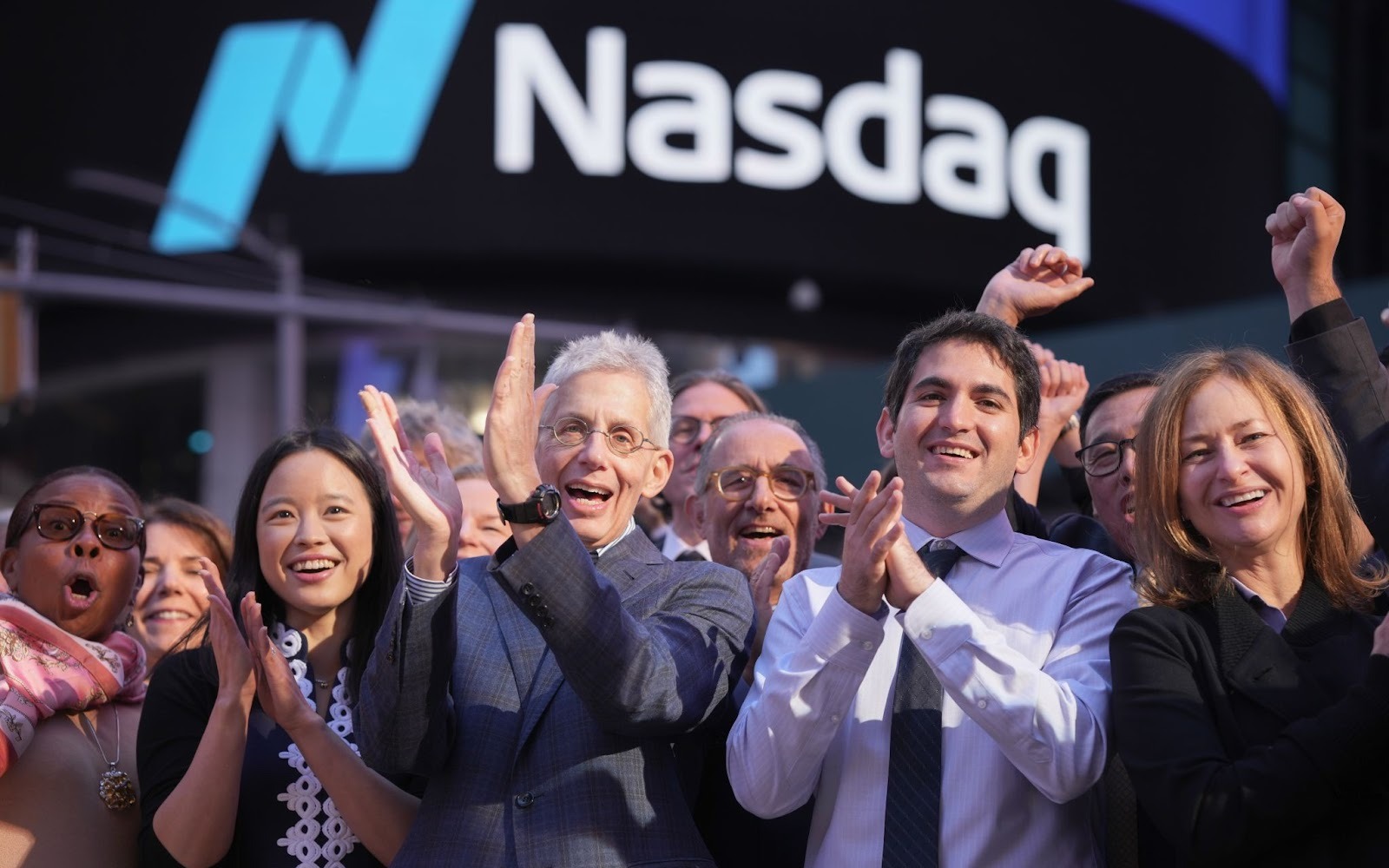 The Prime team is hard-working and committed to the broader mission. The company maintains a collaborative approach with GV portfolio company Beam Therapeutics, sharing research, expertise, and intellectual property to fight disease and accelerate the development of Prime Editing to deliver therapies for patients.

Equipped with a best-in-class team and working in concert with other industry pioneers, Prime continues to advance multiple drug discovery programs. The company has developed and advanced its pipeline at a fast clip — creating close to 20 discovery programs in just a few years, targeting eye, liver, neuro-muscular diseases, and ex-vivo hematopoietic stem cells, among other potential indications.

Prime editing will be a foundational treatment approach for rare and common diseases, and I can definitively say that it is one of the most exciting companies I’ve seen in a decade. We co-led Prime Medicine’s Series A and have continued to invest in the company since the beginning. Unlike most therapies I have worked on during my career that have the ability to treat disease, Prime Editing is fundamentally different because its technology represents the ability to actually cure. Very few technologies have the potential to alter the course of a disease — Prime Editing holds promise to address about 90% of known disease-causing human genetic mutations. That is true patient impact.

Can we move Prime Editing forward to make it work to help patients? The GV and the Prime Medicine teams believe we can — and Prime is leaping forward and accessing the public markets to move toward that goal. As Keith explained last year, “When you look at what Prime Editing can do, in many ways, it appears to be limitless.”

On behalf of the GV team, congratulations to Keith Gottesdiener, David Liu, Andrew Anzalone, and the entire team on breaking through the limits of gene editing in an impressively short time. We are thrilled to support Prime Medicine in the crucial work of bringing gene editing into an exciting new chapter. 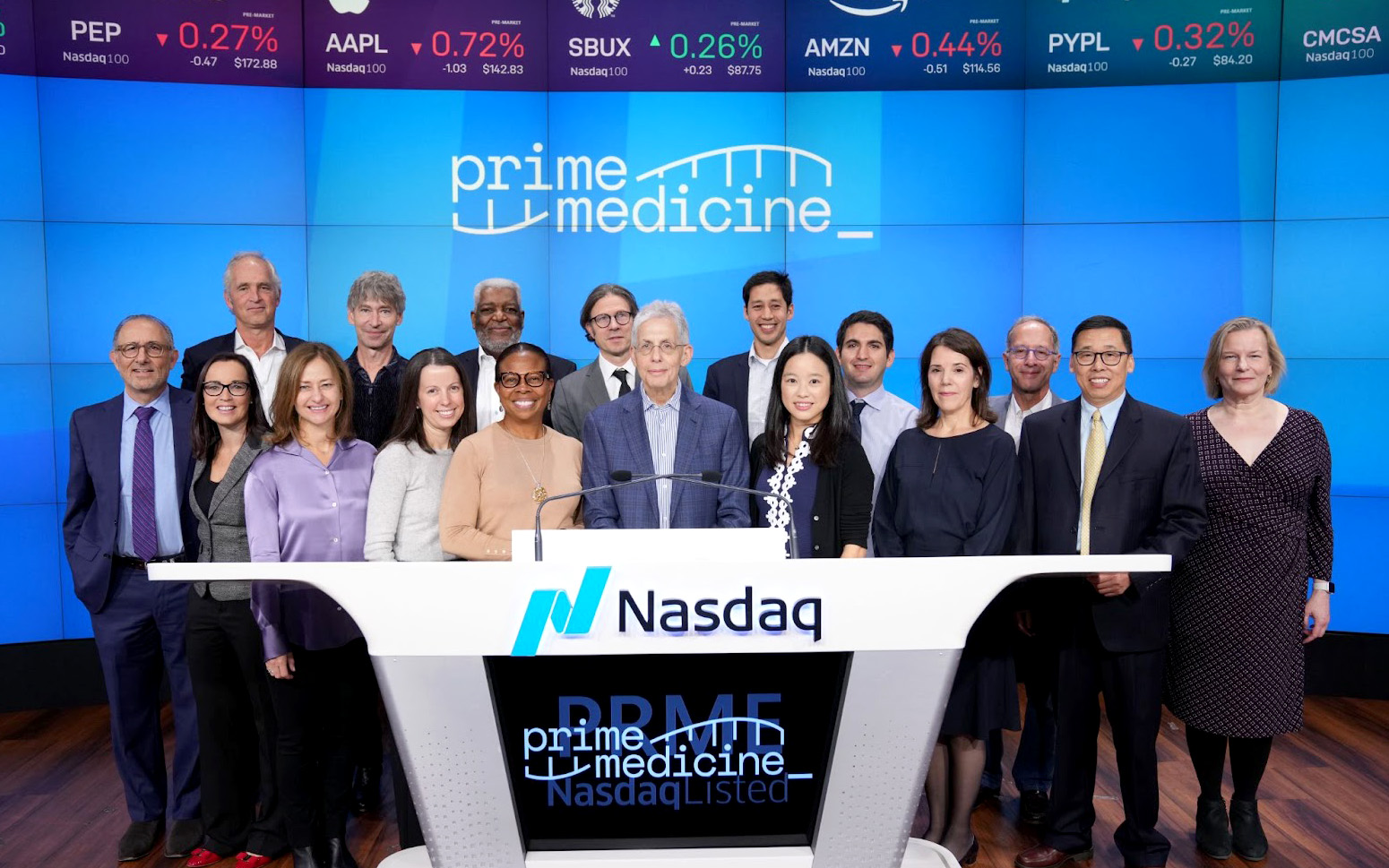